Among other political activities, Larry Pinkney served as western regional Minister of Interior for the Republic of New Africa (RNA). The RNA is described in the 2004 book ‘Front Line USA: Threats, Attacks, Arrests and Harassment of Human Rights Defenders’ by John Rendler as ”an organization formed to coordinate the efforts of individual activists, Black nationalists, and grassroots groups of diverse philosophies.”

Contents of letter to Larry Pinkney (Atana) from Chema Halisi (image below):

THE STRUGGLE IS FOR LAND!

My trip was very successful. We now have Regional Interior Minister for all four areas.

Brother Jeral Williams is the Regional Interior Minister of the East.
His address is: [address omitted]
Jamaica, New York 11434

It is important as Regional Minister that WE correspond with each other and exchange ideals. Next week I will be sending out information as to some of the things you should be trying to get together.

Also I would like for you to try to recruit four other Brothers to help deal with the problems on the West Coast–contact Brother Agaja he will tell you more.

YOURS IN THE STRUGGLE 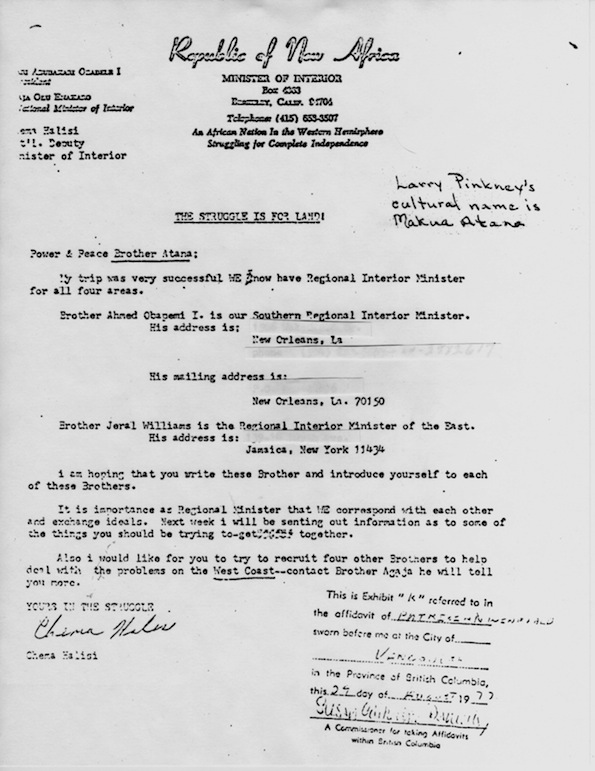