Fighting the corporate dictatorship in Michigan

Larry Pinkney was quoted in the People’s Tribune (Chicago) in June 2014:

The entire letter that includes the quote:

Benton Harbor, MI has become ground zero in the struggle against the corporate dictatorship sweeping across our country. Rev. Edward Pinkney has been fighting the take over of Benton Harbor by the Whirlpool Corporation for years. The community’s latest battle is the recall of Mayor James Hightower, a puppet for the Whirlpool Corporation. Rev. Pinkney is under house arrest and faces 25 years imprisonment on false “vote fraud” charges. Fellow resident James Cornelius also faces lessor vote fraud charges. What appears on these pages are statements from some of the movement leaders across America in support of those under attack in Benton Harbor. Take this message out! Donate to the defense at BANCO, 1946 Union Street, Benton Harbor, MI 49022 or visit bhbanco.org ~People’s Tribune 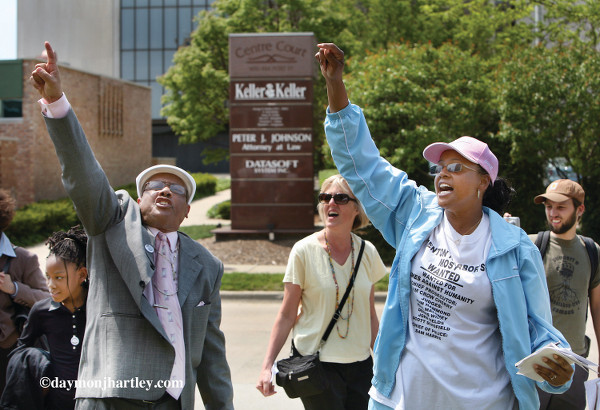 Pinkney and supporters outside the courthouse after he received a hung jury in the first vote fraud trial in 2007. He was later convicted by an all white jury.
PHOTO/DAYMONJHARTLEY.COM

Fighting the corporate dictatorship in Michigan

“All across Berrien County—the Sheriff’s Department and the county administrators are making it harder and harder for Americans, particularly, African Americans, to exercise their right to sign a recall petition. These measures include intimidation by the mayor, the Sheriff’s Department and the prosecutor’s office. The message is clear: Recall any elected official that the corporations support and you will go to jail. The whole city is under siege today. We are now under the power of the corporations, the elites, and the dictators. We must organize and demonstrate that a new world is possible.”
— Rev. Edward Pinkney

“I went out and got signatures, knocked on people’s doors, went down to the soup kitchen, got 12 signatures per paper just like I was supposed to.  I haven’t done nothing wrong. I haven’t done any fraud or changed any documents. Why are they treating me like a criminal? I feel Mayor Hightower is not doing a good job. I’m entitled to that opinion. I think they are bothering me because I’m associated with Rev. Pinkney.
— James Cornelius, charged with election fraud in Benton Harbor mayoral recall”

I am 100% in support of Reverend Pinkney. The biggest oversight is that he is presumed innocent until proven guilty beyond a reasonable doubt. That has been removed from the table of justice.
— Marcus Mohammad, candidate for Mayor in the Benton Harbor recall election 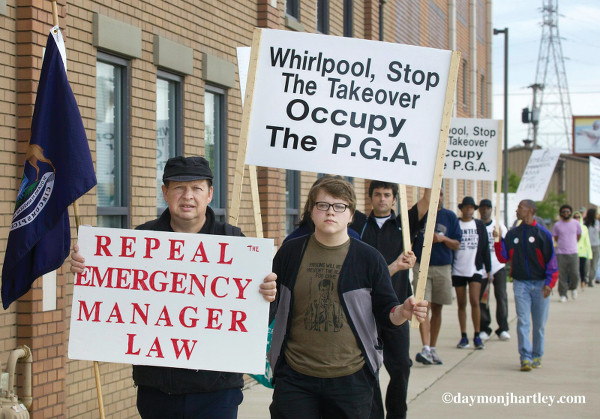 Protest against the Professional Golfers Association (PGA) for gentrification and displacement of the poor in Benton Harbor.
PHOTO/DAYMONJHARTLEY.COM

“In my mind, the only reason the voter harassment is occurring is to have a harmful impact on eligible voters who are trying to exercise their constitutional rights.”
— Marquette Coates, Benton Harbor

“Whirlpool, Harbor Shores, the PGA, have all the money. They financed Hightower’s campaign. He’s their boy and that’s why they are pushing this arrest. They were shocked when the recall went through. Michigan is a test ground. If they see how easy it is to get us, it will soon be coming your way.”
— Patsy Heinz, Benton Harbor

“They [Whirlpool] want to confuse the community. They will do anything to sabotage the mayoral elections so that Hightower wins. I see them as puppeteers pulling Hightower’s strings. They are using the mayor to take control of Benton Harbor. We want them stopped. This is another Occupy—Occupy Benton Harbor.”
— Mary Donald, Benton Harbor

“Rev. Pinkney is standing up for justice and righteousness for all people, not just a few. We need to start looking at what is happening to our nation when we lift up a certain number of people and condemn the rest. Our country is going to Hell if we don’t do something righteous. We are asking everyone to stand up for the truth. God wants this nation healed.”
— Rev. Charles W. Taylor, West Addison Church of God, South Bend, Indiana 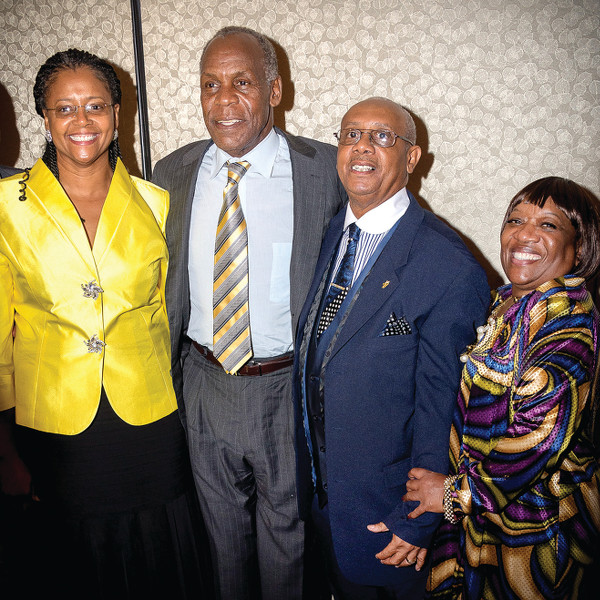 “Rev. E. Pinkney is a friend of Edgewood United Church . . . [he] has educated our Congregation regarding the use and abuse of the emergency manager law . . . he has earned wide respect in this community, this state and across the nation for his devotion to justice . . . Be it resolved that we call for an investigation of all charges against him by an independent commissioner.”
— Edgewood United Church Taskforce, Lansing, MI

“Rev. Pinkney was charged with election fraud. His issue is political corruption in Benton Harbor. Rev. Pinkney’s group was able to provide enough valid signatures to recall their Mayor. This is just another way to postpone the mayoral election.
— Tijuana Morris, Detroit

“For over a decade, Rev. Pinkney has devoted time and energy to helping individual citizens have a voice in their government and their lives — in Benton Harbor, across Michigan, and around the country.
— John Anthony La Pietra, Elections Coordinator, Green Party of Michigan

“Rev. Pinkney and the people of Benton Harbor are on the front lines of the struggle for democracy and self-determination. The model used in Michigan is similar to what the U.S. has done abroad for decades and is now turning on poor communities at home. I urge people to support Rev. Pinkney.
— Margaret Flowers, M.D., Physicians for a National Healthcare Program (for identification purposes only) 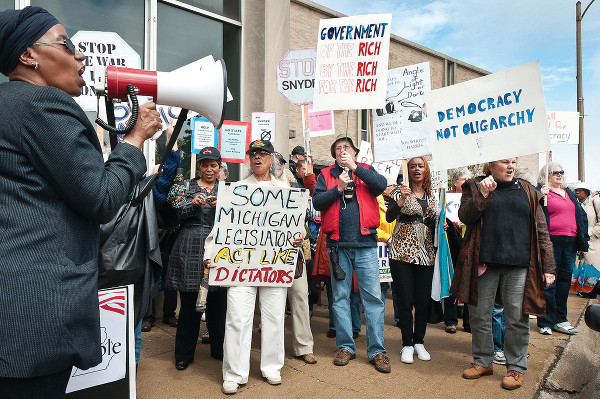 “My earliest memories of Rev. Pinkney include his diligence in including a Hip Hop voice in his messaging. Benton Harbor is ground zero in the assault on democracy, humanity and our planet. Rev. Pinkney and Benton Harbor represent the reality that many of us face if we don’t take a stand now. Free Rev. Pinkney.”
— Shamako Noble, President, Hip Hop Congress

“Rev. Edward Pinkney used his democratic rights to challenge a corrupt system.  Now there is an attempt to silence him.  The same system is also incarcerating and separating families by deporting their loved ones.  We need to support each other and not allow these injustices to continue.  We need a system that is “of the people, for the people, and by the people!”
—Gloria Meneses-Sandova, Central Valley High School counselor, California

“It is no surprise that a fascist “Emergency Financial Manager” was imposed on Benton Harbor. What is happening in Benton Harbor is coming to the rest of the country unless we organize and educate a movement. Please join me in making a financial contribution to Rev. Pinkney’s legal defense.
— David Cobb, 2004 Green Party Presidential Nominee

“All of us fighting for justice and humanity are Rev. Pinkney.  His arrest and false charges should be a rallying call to all of his brothers and sisters across the country to stand up and get serious about the situation we all face.”
— Cheri Honkala, co-founder, Poor People’s Economic Human Rights Campaign

“Rev. Pinkney has not been convicted of anything in this matter but the actions by Benton Harbor authorities demonstrate that these authorities will stop at nothing to silence and unjustly convict Rev, Pinkney and anyone else in Benton Harbor who dares to oppose the corrupt corporate, judicial and political system in Benton Harbor.“
— Larry Pinkney, writer 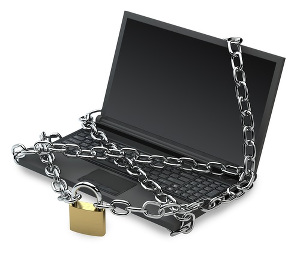 Rev. Pinkney faces immediate jail time if he uses his computer. A lawyer said no case had been found where a defendant is told: you cannot use your computer at all. It is meant to isolate him from the movement. – People’s Tribune

We encourage reproduction of this article so long as you credit the source.
Copyright © 2014 People’s Tribune. Visit us at http://peoplestribune.org